The ART of Being A Witch (Awakening Your Power and Magick)

Getting Started
1 Section
Welcome to the ART of being a Witch
Part 1: Align
12 Sections
ALIGN: Start Here
ALIGN: Daily Rituals
ALIGN: Your Archetypes
ALIGN: Your Journey
ALIGN: Stories Make Us Human
ALIGN: Maps of Belonging
ROOT Into Your Wisdom
ROOT: RECOGNISE Your Truth
ROOT: OWN Your Unique Blend of Magic
ROOT: OCCUPY Your Space
ROOT: Be TRUE to you
ALIGN: Life Philosophy
Part 2: Reset
20 Sections
RESET: Start Here
RESET: Daily Rituals
RESET: Your Archetypes
POWER: Your POWER
POWER: PRIORITISE You
POWER: OWN Your Gifts
POWER: Your WORTH is Inherent
POWER: EMBODY Your Truth
POWER: RELEASE and Surrender
POWER: Bonus Material
POWER: BONUS: POWER Review
Break the SPELLs
SPELLs: Identify Your STORIES
SPELLs: Change Your PERSPECTIVE
SPELLs: Deepen Your Experience
SPELLs: Be Mindful of Your LANGUAGE
SPELLs: Be LOYAL to Yourself
SPELLs: Releasing the Old
SPELLs: Creating the New
RESET: Refining Your Life Philosophy
Part 3: Transform
17 Sections
TRANSFORM: Start Here
TRANSFORM: Daily Rituals
TRANSFORM: Your Archetypes
SEER: Become Your Own SEER
SEER: SECURE Your Connection with the Cosmic Intelligence
SEER: ENGAGE The Language of Your Soul
SEER: EVOKE Your Soul Purpose
SEER: REVIVE Your Relationship with The Divine
MAGIC: Reclaim The MAGIC
MAGIC: MUSE the Mystical
MAGIC: AMPLIFY Your Cauldron Energy
MAGIC: GUARD Your Space
MAGIC: INTEGRATE Your Magic
MAGIC: CONSCIOUSLY CREATE Your Reality
TRANSFORM: Refining Your Life Philosophy
TRANSFORM Your Life with Charting
Congratulations on Completing The ART of Being a Witch 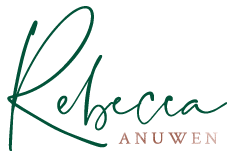 The Importance of Story

Stories are what make us human.

They help us connect to each other.

They help us to make sense of the word around us.

They help us to learn the wisdom of life, often learning from mistakes; our own and others.

They give us the courage and hope to move forward, even under the most challenging of circumstances.

For this section, we’re focusing on your stories.

You’re going to start by reading about HerStory, about how powerful stories are, and why we need to be conscious of them.

They bring great power, but can also mislead us if we’re not aware of them.

You’ll then move onto making these stories more personal to you, as you start with exploring your Soul Family.

Then you’ll look at your family of origin story; as you connect with your ancestors to find the wisdom and strength in their stories, allowing you to feel the power of your lineage.

You’re then going to explore your own personal story; the themes, wisdom and power that runs through it.

Finally, you’ll weave these stories together to start to explore the future story that you want to step into.

'Once Upon a Time' and 'Happily Ever After'

These are probably two of the most recognisable statements in story telling history.

As you think back to your childhood, what books did you read?

The chances are at some point you were enchanted by the richly symbolic, and mystical world of Princesses, evil Step-Mums and the heroic Princes of classic fairytales.

The tales of Snow White, Rapunzel, Red Riding Hood and Cinderella fed my imagination, evil Step-Mums and ugly Witches filled me with anticipation, and the Prince let me know that everything was going to be okay.

As much as I loved to read these stories when I was a child, what were they really teaching me as a young and impressionable girl? Who were these role models that I entered the lives of?

In fairytales there are several female archetypes that are portrayed, and you can usually tell what kind of character they are, simply by the way that they look.

If you were young and attractive, you were the good girl. The lovable, innocent.

If you were old and ugly, you were likely to be the villain of the story.

The good girl would accept her life and not make any trouble, think about Cinderella, she wasn’t treated well at all, yet made no attempt to challenge her ‘ugly’ sisters, or continue to protest until she got a better deal.

Instead a good girl would dream, and patiently wait for her Prince Charming to take control of her destiny by rescuing her and whisking her away – often to be married.

The unattractive women in the stories would be viewed with suspicion, and rightly so, as these characters often proved to be the scheming, vindictive, vain, jealous types, who often dabbled in magic and sorcery – think of the Step-Mum’s in Snow White, Cinderella and Hansel and Gretel, you really wouldn’t want to leave your children with them!

Being young and beautiful wasn’t without its dangers. This danger didn’t come from men, as you might expect, but from other women, often the Step Mum’s or ageing Queens. There was no learning to celebrate and support of power Sisterhood here!

These villainous women were often portrayed as strong and determined. They knew their own minds and wanted to change their life (often to appear to be more youthful), and had the audacity to do this without a man by their side!

This ideal suggests to the reader that there is a link between an empowered and ambitious woman who knows what she wants from life, and a woman who has an evil character.

And the opposite of this would suggest that if you are beautiful, passive and accepting of your life, you must have a lovable character.

Of course although we know these are stories, and not all stories have these characters, we can’t help but pick up on the suggested roles and have it permeate into our subconscious.

I mean who doesn’t instantly recognise an image of a witch, Red Riding Hood, Sleeping Beauty or Prince Charming?

If only one person was subject to these stereotypes, it might not be so bad, but it’s not just us that read these tales, it’s generations of people that have read them. They become part of our heritage. These roles are strengthened through movies, adverts and many aspects of popular culture.

Of course things are changing, but these roles are still deeply ingrained in the collective consciousness.

Obviously I KNOW these are just fairytales, but when I became a Step Mum, I always had a pang of wanting to say ‘but not the evil kind’.

One role that I have always found the most interesting is that of the Witch.

Rarely getting any good press, and often described as old and ugly, she has become a character to be feared and persecuted.

There is so much power in the word ‘Witch’ that still today many people are afraid to embrace this archetype of the Wise Woman, lest they be cast out and persecuted too.

Yet if we think about what a Witch really stands for, she is the ultimate self-empowered woman.

“Traditionally female archetypes get power from other people. Think about things like the mother, the queen, the daughter — these are all lovely archetypes for women, and yet they’re deriving their power from their relation to other people, whereas the witch, she has power unto herself. She perhaps draws power from something greater than herself or from nature, but it’s really coming from within herself. It’s not because it’s in relation to someone else. She’s self-defining in the same way women are defining themselves today.” Pam Grossman

Questions for you to consider:

We have a human family and a soul family.

Often the two are connected.

I want you to spend some time ‘daydreaming’ about the possibility of your soul family.

Not in their human form, but in their most divine, and purest essence.

Don’t worry if you think you’re making it up.

Just write what comes to mind.

If you get really stuck, write with a pen, using your non-dominant hand, and see what wisdom comes through.

What 3-5 empowering words can you take from that exercise and know that they are the very foundations of your existence and purpose in life.

There’s no doubt that families can be the biggest source of love, learning and… well… frustration.

When I say ‘family’, this can be a blood family, people that you call family, or people that were significant to you as a child – or a combination of all of them.

For this module, I want you to focus on the lineage of strength and resilience that you carry in you.

This is separate from any personal feelings you may have towards your family, and the individual members.

Think of the characters, the plots, the plot twits, the love, the drama, the cliff hangers, the hope, the successes, the challenges.

The rich tapestry of life that came before you, and the complex characters of (S)HEroes and ‘Villains’ that contributed to your family story.

It really is quite incredible that you’re even here, that you made it into this world.

What orchestrated and aligned for you to be on earth right now, is nothing short of miraculous!

In fact scientists estimate the probability of your being born at about one in 400 trillion.

Let that sink in…

I found this article that broke it down: The Probability of Being Born

The Author shares the following statistics:

Step 2. Probability of same boy knocking up same girl: one in 2000.

Step 4. Probability of every one of your ancestors reproducing successfully: one in 10.

Probability of your being born: one in 10″

You are without doubt a miracle, buy anyone’s definition.

You have already defied all the odds, just by being here right now.

Regardless of how you feel about yourself, or life right now, there’s no escaping you are a miracle!

I want you to feel that strength, resilience, and desire for life coursing through your blood and bones.

That strength isn’t just from you, but from your ancestors (no matter what you think or thought of them).

What 3-5 empowering words can you take from that exercise and know that they are the very foundations of what brought you into existence.

These words transcend the individual people and events.

These words have stepped into the realm of Archetypes.

The mystical, soul aligned, essence of who you are.

You’ve looked at the HerStory of women.

You then explored the story of your soul, and your family.

Now it’s time to explore YOUR own personal story with a fun and revealing exercise.

Divide your life into four equal stages, defined by your age.

For example, if you were 40 years old, you would write one of the following on each of your pieces of paper:

Then for each stage of your life, write down the most significant life events that occured for you.

Then write down 3 – 5 words to describe each of the four life stages.

What do you notice?

Taking into account all of the stories you’ve explored so far, HerStory, Your Soul Story, Your Family Story and Your Own Story, I want you to think about what next…

Summon the strength and resilience that you’ve connected with so far and start to think about what you would like as you move forwards.

What would you, you against-all-the-odds, resilient, miraculous being of a person, want for yourself as you move forward?

Simply complete the following sentences, so that they align with what you know works for you and what you want to experience more of in your life:

What are you going to:

Do you notice any themes, patterns, feelings or values emerging from the above list?

In the next module, we will start to explore this in more detail, but for now, enjoy this exercise and let your mind wander and the vision for yourself expand.

Login
Accessing this course requires a login. Please enter your credentials below!
Lost Your Password?