Once Upon a Time: Snow White – Bored and Beautiful 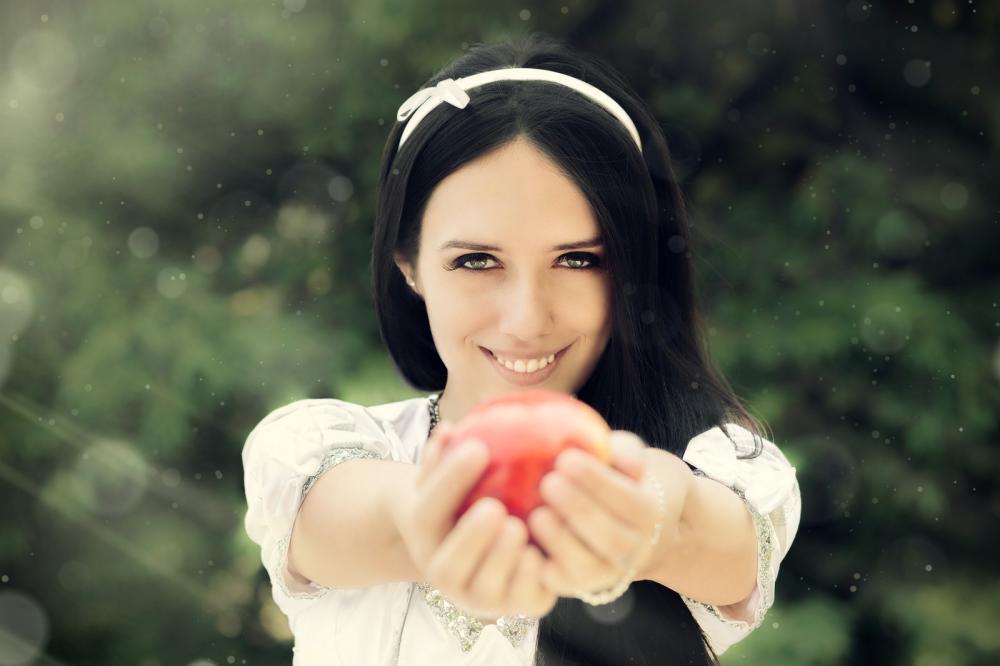 The following story really happened, no names have been changed to protect the innocent or otherwise…

It was just another day at my practice, I had a diary full of clients looking for answers, and I was ready to work my magic as I had been doing for decades, but somehow today felt more magical than usual.

When I first saw my client Ms S. White, I was instantly struck by her beauty. She was breath-taking, but as I looked closer, I could see a deep sadness in her eyes.

She appeared to glide into my room, and she gracefully sat down, crossing her ankles in such a way, it looked as if she was posing for a magazine shoot.

‘Rebecca’ she said in such a gentle and melodious voice, that I imagined she could summon the birds and animals, ‘I’ve come to see you because I feel like something is missing from my life, I feel like I want more, but I can’t really put it into words’.

She goes on to explain that when she was a young woman, she was kicked out of her home by her family and left to fend for herself. And that during this time she was very nearly killed.

‘I know how terribly clichéd this must sound, but I was rescued by a handsome prince, yes he really was a prince.’
‘We instantly fell in love, he made me feel like the centre of the universe. I felt safe with him.’
‘We got married and initially it was wonderful, we’d spend all of our time together. Taking long walks on the beach and through the forest, we’d talk for hours, have picnics that would last all afternoon and, well’ she giggled ‘…you know… It was amazing.’
‘There were parties, holidays, weekends away, great clothes, gorgeous shoes, oh the shoes’, she swooned, ‘I wanted for nothing’.
‘But after a few years, it… Well… I don’t mean to sound ungrateful, but it started to become boring.’
‘The same people, the same parties, the same conversations… and I never thought I’d say this… But there really are only so many pairs of shoes you can have’, she thought for a moment and said, ‘well maybe not, but you get what I mean?’
‘I’m getting older, and for so long I’ve been judged on my looks, that was fine when I was younger, I actually rather liked it. But the truth is, I’m more than my creamy, clear skin, my full, red-rose lips and my dark luscious locks.’
‘Surely I have more to offer?’
‘I don’t want to sound ungrateful, but I’m bored.’
‘I never imagined I’d be a stay at home wife, but then I never really considered my options either.’
‘My childhood seemed idyllic, then it suddenly changed and next thing I knew I was waking up from a coma…’

‘Recently I’ve been dreaming of becoming a teacher, but then realised that’s all it is, just a dream, I could never do something like that, not me.’
‘That’s not what my family does. In fact no-one in my family or my husband’s family has ever had a real job. And when I told my husband, the Prince, he just smiled at me, and thinks it’s just another phase, but I’m not so sure…’
‘I can’t tell you why, but it just feels different. It’s always on my mind’
‘Oh I don’t know… My friend Red recommended you, you’re my only hope, can you help?’

‘You’re in the right place’, I respond, ‘Last resorts and only hopes are my speciality, jump on the couch and let’s get started…’

During our session together there were laughter and tears, but as she left I could see that a sense of hope had returned.

For Ms S White we had to clear energetic block around the
‘Fear of not being good enough’.

She had found herself constantly striving and trying to please other people because she was subconsciously afraid of not fitting in and being rejected by her husband and new family, the same way that she had experienced previously in her life.

She had spent so long doing what she thought she should do, that she had lost touch with who she was and what she truly wanted from life.

Her desires had started to make themselves known. She wants to become a teacher, but she didn’t know how to trust this information, or know if it was just a fanciful dream.

Ms S. White came in to my room and looked like a new woman. She was still stunningly beautiful, but she walked taller, she was smiling, and the sadness had left her eyes and had been replaced with a flirty, twinkle.

She told me that she had gone home and spoken with her husband, The Prince, and explained that she wanted to enrol on a teaching class. And much to her surprise, and delight, he had agreed to fully support her.

She was so excited, she still wasn’t sure if she had what it took to complete the training, but she was willing to try her hardest to find out.

As she left, she handed me a note and told me it was from her husband. I opened it and it simply said: Thank you for giving me back my wife.

I glance at my diary to see who’s next: Ms R. Hood

P.S.  If you’d be interested in changing your story, and break the SPELLS of societal expectations Start Here>>